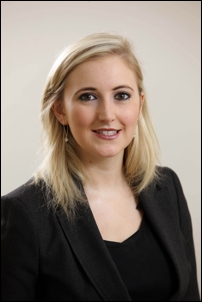 With recent media attention being acutely focused on what the third-in-line for the throne would be called, expectant journalists, historians and the general public were afforded relief when the announcement came at last that the new born was to be named George.

One would have thought that once the child was named the hype might subside but the story continues as the world debates the significance of the name, who or what inspired it and, ultimately, whether they like it or not.

Whether you have been given a traditional name such as John, David or James, or something a little more outré – Fifi, Brick or Coltrane spring to mind – or a religious gesture such as Moses, Faith or Zebedee, you may find yourself in later life wishing that your parents had put a little more care into choosing your moniker.

In Northern Ireland you can change your name at any time. Superficially, there is no legal procedure involved – a verbal announcement to the effect that you wish to be known by your new name is sufficient. Evidence of a name change can be provided by obtaining a letter from a “responsible person”, which is defined as a solicitor, GP, minister, priest or MP; you could place an advert in a local newspaper stating that you have changed your name and wish to abandon your old name.

However these forms of evidence will not be sufficient for official document name changes and you may be required to provide proof by way of a change to your birth certificate or by making a statutory declaration. A good example of this is when you want to alter official documents such as your passport or driving license.  There is a specific procedure which involves completing an application form and having a declaration witnessed in the presence of a solicitor.

It should be noted that it is less straightforward  to change a child’s name as certain consents are required –only one change of forename and one change of surname can be recorded and it is important you seek legal advice from a specialist family lawyer who can outline who needs to give their consent before any name change can be effected.

If you are over 18 years of age you can have one name change and up to three surname changes made to your birth certificate however  a period of five years must lapse between changes of surname.  There is a fee payable to record the change and a separate fee to obtain a certificate as evidence of the name change. Again the rules are different in relation to children.

In order to change your name or that of a child it is imperative that you seek good legal advice from a solicitor who can guide you through the process swiftly, efficiently and advise you on the steps to be taken.