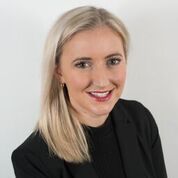 District Judge Bagnall convicted Mr McGowan-Gormley who is to return to Court in 5 weeks for sentencing.

This prosecution comes in the wake of the Crown Prosecution Service in England and Wales reporting over 200 successful prosecutions for the same offence since the action was criminalised in April 2015.

Becoming a victim of revenge porn can be a traumatic and distressing experience for anyone; however, thankfully there are now a number of ways to take action against an abuser both in the criminal court and through civil court. Should something like this happen to you, as well reporting the crime to the PSNI you also may also have the option of obtaining an Injunction against Harassment or a Non-Molestation Order against an abuser depending on your relationship circumstances. Such remedies provides protection from any further form of intimidation or harassment from an abuser, who faces further prosecution before the criminal court in the event of breaching such an Order or Injunction in any way.