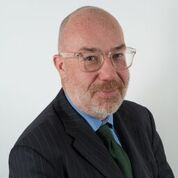 Posted By: Michael May

The Supreme Court has ruled that the law on joint enterprise has been misinterpreted for more than 30 years which will may have resulted in many individuals being wrongly convicted of murder.

Joint enterprise allows for members of a group or gang to be prosecuted even if they did not inflict the fatal blow. Judges ruled that it was wrong to treat “foresight” as a sufficient test. The ruling came after a panel of five Supreme Court Judges considered the case of Ameen Jogee who was convicted under joint enterprise of the murder of former Police Officer, Paul Fyffe, in 2011. Mr Jogee had argued that he was not inside the house when the incident took place and could not have foreseen what his friend, Mohammed Hirsi, who stabbed Mr Fyffe, had intended to do.

While the ruling does not automatically mean that all previous joint enterprise convictions are unsafe, there will undoubtedly be a review of many such cases by lawyers representing clients convicted in these situations.

It is however worthy of note that the Court indicated that a person who joins in on a crime which any reasonable person would realise involves a risk of harm, and death then results, is guilty of at least manslaughter.

It of course remains open to a Jury to decide whether a person intentionally encouraged or assisted a crime for example, through knowledge that weapons were being carried.