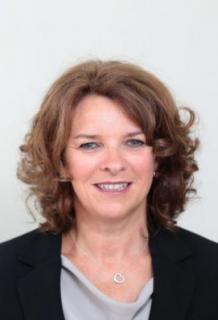 Yet again this year Edwards & Co has featured large in the Chambers Directory of Legal Services which ranks Law Firms on their expertise, based mostly on client feedback as well as the perception of other colleagues. Our rankings were:

We are the only firm in Northern Ireland to achieve a Band 1 ranking for Charity Law. Chambers said:

‘Edwards & Co retains its dominant position as the market-leading charity practice in Northern Ireland, providing the full spectrum of legal services to voluntary organisations, social enterprises and individuals. Possesses a successful track record liaising with the Charity Commission for Northern Ireland. Frequently called upon to advise on substantial mergers and restructurings occurring within the region’.

‘Edwards & Co is a professional, well-directed team in the charity world. They provide the complete package of advice and guidance in charity law.’
‘I appreciate the fact that we have a good working relationship - they will always tell me when they can get a piece of work done by and deliver it on time. I have used a lot of solicitors, and I have found them to be the best I have worked with.’

Jenny Ebbage, our Charities Partner was also ranked as a Band 1 practitioner. Chambers said:
‘When asked to sum up charities head Jennifer Ebbage, clients frequently make reference to her extraordinary knowledge of the sector, remarking that "she is an authority on governance" and "knows the charities legislation of Northern Ireland backwards.’

Ranked in Band 1, Chambers said we are:
‘Highly experienced social housing group advising on site acquisitions and development, including planning and construction through to housing sales. Assists housing associations with a range of contentious and non-contentious issues’.

‘They demonstrate professionalism and knowledge of the area, and they provide a service tailored to the needs of the client.’

‘Teresa Curran is singled out by sources as being "proficient in identifying solutions that address the client's objectives." She has a wide range of expertise, including in handling land and property acquisitions, lease arrangements and securities agreements.’

Ranked Band 3 UK wide for ‘police law’  Chambers highlighted the firm and partner Michael May, who is :
‘well regarded by clients, who note that he "has a calm, professional approach to crises, very good technical skills and is both solid and dependable." He represents police officers in cases ranging from fraud and assault to misfeasance in public office’.

Ranked Band 2 in N.I. for Public & Administrative Law, senior partner Dorcas Crawford was described in Chambers for her:
‘ strong reputation for her public law practice, which focuses particularly on acting for regulatory bodies such as the Security Industry Authority and the Nursing & Midwifery Council. She has also appeared in judicial reviews for the Police Federation and the Family Planning Association’.