Blog  /  Bribery and Corruption - Is it on your mind? 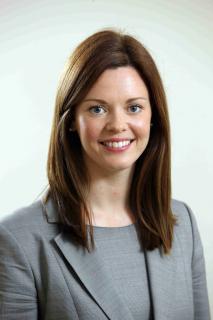 The Bribery Act came into force on 1st July 2011. Described as the toughest anti-corruption legislation in the world, it has had a significant impact on how businesses of all shapes and sizes in Northern Ireland conduct their affairs. You may be familiar with the case of local business man James McKeown who was found guilty of bribing two Ministry of Defence officials in order to secure CCTV contracts. All three defendants received suspended prison sentences along with confiscation orders.

Four categories of offence were created by the Act;

1. Offering, promising or giving a bribe;

2. Receiving or accepting a bribe;

4. Failure by a corporate body to prevent bribery.

A corporate body may be found guilty of the latter offence if it fails to prevent an associated person (an employee, contractor, agent, advisor etc.) from bribing a third party in order to procure some benefit for the corporate body.  Small and medium local businesses are by no means exempt from the remit of the Act by virtue of their size.

A Defence to the Corporate Offence
A corporate body may successfully defend a charge of failure to prevent bribery if it can show that it had in place sufficient procedures to prevent such an act taking place.  Commercial businesses in Northern Ireland should:

NB: It is acknowledged that there is an inherent public interest in the prosecution of bribery and if there is sufficient evidence against an individual or company the Public Prosecution Service will proceed.

Penalties
An individual in Northern Ireland found guilty of any of the first 3 categories of offence is liable to:

A corporate body in Northern Ireland found guilty of any of the first 3 categories of offence is liable to:

Edwards & Co is here to help when a difficulty arises, but more importantly to help prevent potential liability by advising you on the implementation of appropriate anti-bribery measures and safeguards for your business.