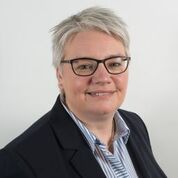 The Court of Appeal decided that the Charity Commissioners did not have authority to delegate decisions to staff of the Commission acting alone. The effect of which was to render void unlawful or voidable certain decisions made by Commission staff where they did not have the authority to do so without proper delegation. It is thought that some 7000 decisions may be affected including decisions to register charities before 19 May 2019 and many consent orders such as consents to alter objects or charitable purposes.

The Charities Bill introduced by Minister Deirdre Hargey is currently at Committee Stage is intended to have retrospective effect and will amend the Charities Act (Northern Ireland) 2008 to render lawful decisions taken by staff of the Commission acting alone in reliance on unlawful delegation in cases where doing so is consistent with rights under the European Convention on Human Rights and the decision is not unlawful on other grounds. The Charities Bill will provide a power of delegation to Commission staff for the future provided that the functions to be delegated are set out in a Scheme of Delegation approved by the Department for Communities. Certain functions can never be delegated to staff. It seems that decisions such as to publish a report on a statutory inquiry, suspend or remove a charity trustee , appoint an interim manager, disclose certain decisions and powers to act for the protection of a charity or directions to direct the application of charity property will not be able to be delegated.

The Charities Bill also includes the power to enable the Department to introduce a registration threshold for charities subject to regulations made subject to the draft affirmative procedure.

A call for evidence and views on the Charities Bill is open until 3 September 2021 – you can contribute by following this link:  https://consultations.nidirect.gov.uk/northern-ireland-assembly/charities-bill/

Meanwhile the Independent Review of Charity Regulation is well underway.

For advice on charity law in Northern Ireland please get in touch with me or Sarah Burrows of our Charities Team.