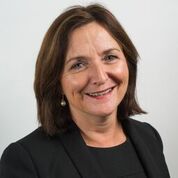 An employment tribunal has ruled that a postman sacked by Royal Mail for urinating in a lay-by whilst on his round was unfairly dismissed and awarded him nearly £40,000 in compensation.

Roo Rawal had been employed as a postman at Royal Mail’s Watford depot for 17 years. In September 2017, whilst on his delivery round and with no toilet facilities available he urinated in a lay-by standing by his van. A member of the public captured this on a dashcam and reported it to Mr. Rawal’s employers.

Mr. Rawal admitted that he was the postman responsible but explained that he had “been desperate” and couldn’t wait until he got to the local supermarket to use the toilet facilities there. His employers at Royal Mail decided that his decision to urinate in a lay-by amounted to gross misconduct and he was sacked from his job.

Mr. Rawal then brought claims for race discrimination and unfair dismissal against Royal Mail. Whilst he lost his race discrimination claim, the tribunal sided with him on the unfair dismissal by ruling that  other complaints which had been received at the Watford depot about postmen urinating in public resulted in, no action been taken against the postmen involved in those previous incidents.

In addition, other witnesses gave evidence stating that the problems caused by the lack of access to toilet facilities were well known and bosses had failed to address them. Urinating in public, although often done more discreetly, was known to be a common practice amongst Royal Mail staff.

As Royal Mail had basically turned a blind eye to the earlier incidents, its disciplinary action against Mr.  Rawal was unjustified and his dismissal unfair. The tribunal also acknowledged that he really had no option in the absence of nearby toilet facilities. In January 2021 the tribunal handed down its decision to award R just under £40,000 in damages.

Therefore the lesson to be learnt is that disciplinary action and sanctions must always be consistent across your workforce. In this case Royal Mail had departed from earlier decisions meaning Mr. Rawal had been singled out. Where no action has been taken against an employee involved in a previous and similar situation, it will be difficult to justify why you are treating another employee differently unless you have since tightened up your rules.

If you need any employment advice please contact our employment team or Julie directly at Julie.leonard@edwardsandcompany. co.uk