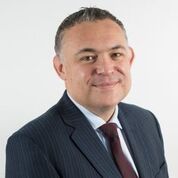 What a fine mess! – Dilapidations in Commercial Leases

Dilapidations have always been an area of contention and are becoming increasing important following the emergence from recession.  The basic principle of Dilapidations is simple in that a Landlord must be compensated if the Tenant has failed to comply with their repairing obligations under the lease.

Most modern commercial leases will describe in detail the obligations placed on a tenant to keep its premises in good repair and decorative condition throughout the term of the lease.  They will also normally contain provisions for handing back the premises when the tenant vacates.

Tenants should be fully aware of their repair and decoration obligations before taking or renewing a lease and should try to limit their obligations at that stage to ensure that they are not required to repair something that they have no interest or use of or should be the responsibility of the landlord.

If it can be agreed between the parties, the lease should have reference the condition of the property prior to entering into the lease in a "Schedule of Condition" so that the tenant is not required to put or keep the premises in any better state of repair and condition than is shown or described in the schedule.

This best practice of the inclusion of the Schedule Condition in the lease would either include a survey of the premises or in the alternative (if such a survey is uneconomic) then a photographic schedule can also be used to limit and set a touchstone as to the standard of repair.  Both of these methods give greater certainty and less scope for argument between the properties and costly dilapidations claims.  However, tenants should bear in mind that if hoping to assign or invoke a break clause the landlord may be able to scupper those intentions if the tenant has failed to comply with the repairing covenants under the lease.

Dilapidations claims usually arise at the end of a term when the tenant intends to move on and that is where the contention rears its head.  The Landlord will normally serve a Schedule of Dilapidations setting out the alleged breaches on the part of the tenant in relation to the repair and condition. These will usually indicate the cost of remedying the breaches.

If you have any further queries in relation to same, please do not hesitate to contact David Sturgess.