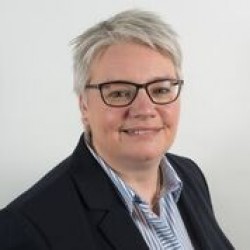 In our IN FOCUS seminars and board training we often referred to a significant case in the High Court and the Court of Appeal in England and Wales relating to whether members of a charitable company limited by guarantee owe fiduciary duties. For example, that would mean that they have to exercise their vote in a way in which they genuinely believe is in the interests of the objects of the charity and not in a way to benefit themselves.

The Supreme Court judgement in the case of Lehtimaki v Children’s Investment Fund Foundation (UK) and others handed down on the 29th of July 2020 put this matter of whether company members of charitable companies owe fiduciary duties beyond any doubt.

The Supreme Court has confirmed that members of a charitable company limited by guarantee owe fiduciary duties to the company’s objects/charitable purposes and this is a duty of single-minded loyalty. The Court also held that the precise circumstances in which a member of a charitable company has fiduciary duties in relation to the charitable purposes and the content of those duties must be worked out when circumstances arise. The Court confirmed that it applies to members of all charities whether they have thousands of members or a small charity with only one or a couple of members. Furthermore in certain circumstances the Court can direct the member how to vote.

The facts of this case relate to the Children’s Investment Fund Foundation a huge charitable company to help children in developing countries. It had an asset base of over $4 billion. It was founded by a married couple Sir Christopher Honan and Ms Jamie Cooper. When their marriage broke down difficulties arose in management of the charity and they agreed that Miss Cooper would resign as a member and trustee of CIFF in exchange for a grant from CIFF of $360 million to a new charity with similar objects she had founded called Big Win Philanthropy. In order to pay this grant it had to be approved by the company members (under company law and charity law requirements) of which there were only three: the couple and a third member Dr Lethimaki. Due to conflicts of interest the couple were not able to vote which left Dr as the only person who could vote on the issue. The High Court held that the grant was in CIFF’s best interests and made an order that the Dr must vote for the resolution to approve the grant. He appealed to the Court of Appeal and that decision was then appealed by Ms Cooper. The Supreme Court held that the Dr had to exercise his fiduciary discretion as directed by the court – he was obliged to use his powers to ensure that the direction of the court was implemented as a failure to do so amounted to a breach of his fiduciary duty.

We expect this judgement will lead to a number of queries about the governance of charities. How can the company members exercise this fiduciary duty if the company does not hold AGMs (as it legally entitled to do under the Companies Act 2006); how does this sit in a group of charities where the parent is the sole member of a subsidiary charity; does a member have to attend general meetings or AGMs (if held) to exercise the fiduciary duty; should a member appoint a proxy if their duty is a fiduciary one?

This is a very significant case for the charity sector and we are considering the repercussions and impact on our clients many of which are legally structured as companies limited by guarantee.

For further information please contact Jenny Ebbage or Sarah Burrows who will be happy to help.